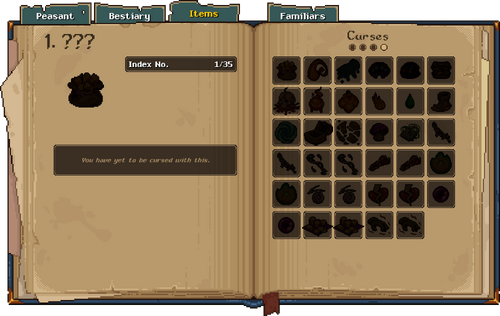 Curses are an in-game mechanic that either lowers the player's stats or bestows some other negative effect.

There are two different types of curses.

Major Curse are strong, negative status effects that can not be stacked, and can only be received once per run even after removal.

Minor Curse are weak, negative status effects that can be stacked. Stacked minor curses will only count as a single curse towards items such as

Curses can be Indestructible but only under special conditions

Getting and removing curses[edit | edit source]

Curses are inflicted by:

A curse can be removed by: